Co-developed by the Ministry of Commerce and Tianjin Municipal People’s Government, National Convention and Exhibition Center (NCEC) (Tianjin) project is a landmark project to implement President Xi Jinping’s important requirements on “Three Efforts” for Tianjin’s work and the strategy of coordinated development of Beijing, Tianjin and Hebei. Aiming to phase out Beijing’s non-capital functions, usher in a new hub in the global exhibition industry and optimize the strategic layout of China’s exhibition industry, NCEC (Tianjin) is deemed as an essential platform to achieve these goals.

NCEC (Tianjin) is to serve both convention and exhibition, heavy industry and light industry, tangible goods trade and service trade. With its base in Bohai Economic Rim, the exhibition center strives to cast regional influence in east and north Asia and to become a sustainable and world class exhibition complex with global perspective. NCEC(Tianjin) is dedicated to be the best-use venue for both domestic and international conventions and exhibitions.

In accordance with the Cooperation Framework Agreement between the Ministry of Commerce and Tianjin Municipality, a joint venture co-invested by China Foreign Trade Center (Group) and Tianjin Infrastructure Investment Group (TIIG) was set up for the construction and operation of NCEC (Tianjin), namely NCEC (Tianjin), Co., Ltd. It has a registered capital of 4 billion RMB and is responsible for investment & construction, exhibition venue operation and exhibition services among others. 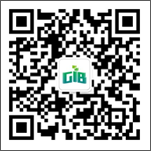 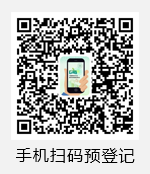 China buiding science conference and green interllingent building expo      津ICP备13004923号-2      The content of this website is protected by copyright and may not be reproduced without permission.